The Mission of Our Town Tomorrow is:  “To establish Arcadia Valley as a center of activity in which to live, work, shop, play, and invest in; thereby symbolizing community pride.”

Our Town Tomorrow (OTT) is an open membership organization with no residency required.  The organization has a president, vice-president, secretary and treasurer who run the monthly meetings. There are no membership dues, however time invested toward projects and fundraisers are the main function of its members.  It is a non-discriminatory organization and is open to all.

OTT serves as an umbrella group in Arcadia Valley and partners with community organizations and resources to further develop investment, beautification and revitalization of the communities of Arcadia, Ironton and Pilot Knob, MO.  Our partners assist in long-range planning and provide support for community projects endorsed by our organization. By maintaining close working relationships, we all benefit from a wide base of knowledge and skills.

Our Town Tomorrow became a Missouri Nonprofit Corporation and received its non-profit 501(c) (3) status in February, 2003.  This was done so the organization could dedicate itself to the revitalization of the Arcadia Valley communities.  We invite you to take a look at the attachment showing the many projects completed by OTT and supported by numerous grants written and received by the organization. The organization also holds fundraisers and receives donations to fund some of their projects, such as the beautiful hanging flower baskets.

One of the most significant projects was the purchase and renovation of the Arcadia Valley Train Station in 2006.  The depot was constructed by Missouri Pacific in 1941 to consolidate the depots that once existed in both Arcadia and Ironton with passenger service provided until 1965.

The station sat empty for several years and was in critical need of repair.  OTT received $171,498.00 in tax credits through the State of Missouri Neighborhood Assistance Program to purchase and restore the building.  The Arcadia Valley Chamber of Commerce Visitor’s Center and the Iron County Historical Society Museum occupy the building today.  Thousands of visitors from every state in the US and several international countries have been to the Visitor’s Center and Museum since it has opened.

In November, 2010, the Arcadia Valley Chamber of Commerce Tourism Committee met with several community residents who requested the committee check with Amtrak about Arcadia Valley being a possible station stop.  After several months of research and letters of support from the community, Amtrak contacted Union Pacific stating they supported Arcadia Valley having an Amtrak stop and requested their approval.  The City of Arcadia also approved being a partner in the project. In November, 2011, Union Pacific Railroad approved the stop.

In 2012, Amtrak, Union Pacific, MoDOT, the City of Arcadia and community members began working in earnest towards achieving what had previously been a dream.  Engineers were hired, funding through donations and grants from the Taum Sauk Fund, William Edgar Foundation, Iron County Economic Partnership and a MoDot Transportation Enhancement Grant were made available for the project.

After securing over $620,000 needed to construct the station platform, ground was broken in April 2016.  The station was completed in October and was formally opened with a ribbon cutting and ceremonial train ride for dignitaries on November 17, 2016.  Regular passenger service commenced on November 20, 2016.

Our Town Tomorrow is grateful for the support of our Federal, State, County and City officials, the community and businesses, our friends at Amtrak and Union Pacific, the Texas Eagle Marketing and Performance Organization (TEMPO), the engineers and Harlan Construction Company.  You have made this project a huge success and we thank you. 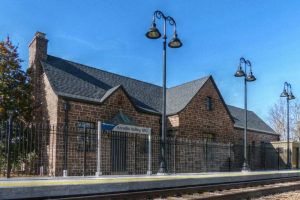 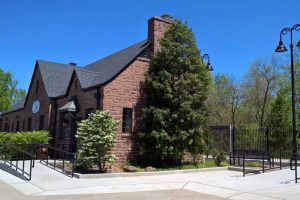 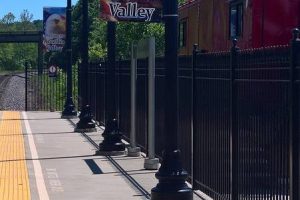 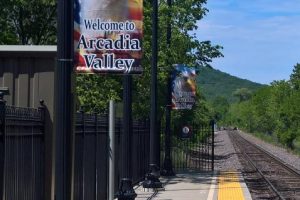 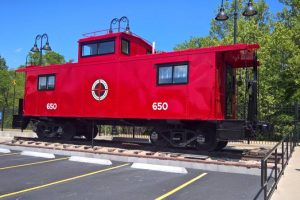 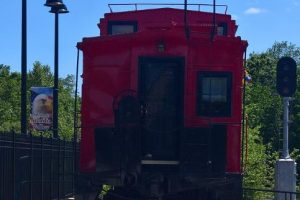 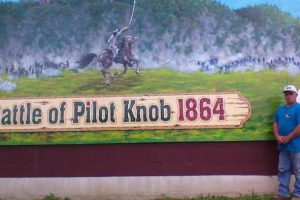 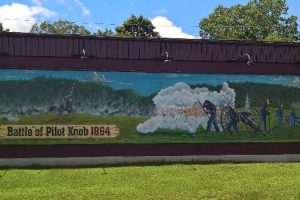